Need recommendation for tire H/T or A/T ,to change Hankook Dynapro AT/M on my 17 F150 , they are sliding when road is wet ( since were new ). Winter drive is nightmare on any snow , on ice you are just passenger , ZERO traction.
D

Are you talking about rain, snow, ice? I used those same exact tires for 10 years, on an F-150, and did not experience slippage. HT & AT tires may have even less traction if your truck is sliding with ATM tires, as the ATM have fairly aggressive tread. 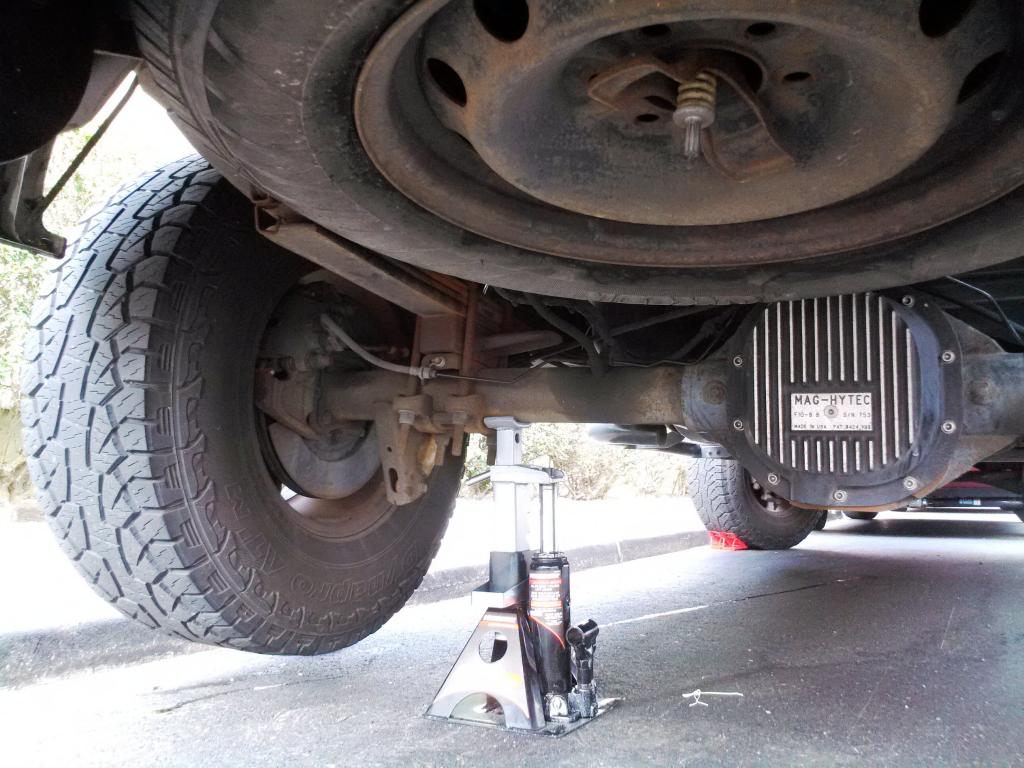 That pickup truck is now using MT tires from a different manufacturer, and does great in the rain. BF GoodRich seems to be a popular brand for F-150 trucks.. You will get a lot of input from people who will recommend their favorite tire. Best thing to do is talk to tire shops in your area. Since it's a new truck, go talk to someone at the dealership you bought from. They can make a better recommendation for your climate and road conditions, since they live there with you. I would have no idea what to install on your truck in Seattle, Washington, or New York City, since I'm not there with you, driving and slipping on the same road. Anyone else's suggestions would hold just as much value, since they aren't there either.
0

at/m is the best tire i have ever had on a truck.
M

I can't recommend a tire for a 4x4 replacement. I can tell you that I see a lot of Toyo replacement tires on Ford trucks in my area.

Originally Posted by MParr
I can't recommend a tire for a 4x4 replacement. I can tell you that I see a lot of Toyo replacement tires on Ford trucks in my area.
I'm one of several who ran Toyo one time â€¦ tough and good in dirt â€¦ but ride roughly â€¦ I'd look at Cooper AT's if searching now â€¦
R

Might be an issue with the ford tweaked model of the tire they are OEM tires. If you want a mild AT tire I'd recommend yokohama geolandar g015 3PMSF rated for winter.
M

Are you talking about rain, snow, ice? I used those same exact tires for 10 years, on an F-150, and did not experience slippage. HT & AT tires may have even less traction if your truck is sliding with ATM tires, as the ATM have fairly aggressive tread My size is 275/55R20 it's not 3PMSF rated, in winter they are rock hard.
P

I've used Nokian G3 and now I have Toyo Celcius, since I put mine on Michelin and others have come into play. I must say that I like my Toyos all weathers better than the Nokian G3. I don't know if these tires come in truck size though, but worth a try.
D

Continental TerrainContacts are getting great reviews. A/S comfort on road with A/T ability off-road. They were designed for those who drive 90% on-road and 10% off. I have KO2s on my 4Runner now and will probably go with these next since I fall under that category. https://www.continentaltire.com/product/terraincontact-26570r17-115s
Last edited: May 30, 2019
M

For what its worth, it looks like the AT-M is on its way out and is being replaced by the Hankook Dynapro AT-2. In that size, there are two versions available with the same load rating. One has the 3PMSF rating. The other does not. Draw your own conclusions...
E

I have those on my fx4 with 10k on the clock. I actually like them so far. Been good in the Florida rain and the places I drive off road to riding spots have proved pretty good off road. A friend of mine had a fx4 with the nitto's and liked them. I would also give the toyo's a look.
W

Start out by putting some weight in the back of the truck .
H

Have the AT-Ms on our 2018 F150 and have had to get used to them a little as well. for some reason they don't inspire the same confidence at 50 mph in light rain that I've had with other makes. After many reviews on different forums, all universally positive, I think there is something else I'm sensing. Maybe the F150 is lighter up front than my previous vehicles, maybe the 275 width is too wide, or maybe the steering a) throws the feel OR b) reveals a subtle reduction in grip at wet roads.... IDK - but I too don't like something about how they feel on wet pavement. Acceleration-wise, they are certainly better than any used goodyear I've received with other used vehicles, and feel similar to me to upper-tier bridgestones. The AT-M feels like a harder compound tire (UTG grading is not consistent between brands), and feels similar to bridgestones. Coopers tend to be a little softer and that might help. The AT-Ms have stepped treadblocks which put more rubber on the road but less space between tread blocks as they wear. I won't keep mine to the wear bars. BUT, they wear like iron so I expect they will last a long time. I'm pretty impressed - these are really large tires. 32" OEM diameter, and yet they ride like glass, exhibit no shake even after 15k miles, and needed minimal weight to balance. Signs of excellent manufacturing. You can probably tell - I have mixed feelings and have considered replacing them too. I read somewhere that the empty weight for my extended cab F150 is right at 4800 lbs. All things considered, that's only 400 pounds more than a 2008 Jeep Grand Cherokee 2WD. The 2.7 L engine can't weigh that much either. It may be that there just isn't that much weight over the front end, especially for tires this wide.
M

Originally Posted by MNgopher
The 2.7 actually is within a few pounds of the 3.5 and 5.0. 440 for the 2.7, 449 for the 3.5, and 450ish for the 5.0. The Iron block is heavy on the 2.7, and internally its built more like a diesel...
I've always marveled at that, what was the point then? wasn't to shed weight, that is for sure. [Yes I get it, diesel like torque, but EB was supposed to be for light towing and weekend warriors, where unloaded mpg was supposed to be a big deal.] Makes me wonder if there isn't some weight per hp (tq?) metric, like 1lb/hp should be expected.

Originally Posted by Pelican
I've used Nokian G3 and now I have Toyo Celcius, since I put mine on Michelin and others have come into play. I must say that I like my Toyos all weathers better than the Nokian G3. I don't know if these tires come in truck size though, but worth a try.
That doesn't help the OP, since those tire lines don't offer the sizes for pickup trucks. But Nokian does offer an all-weather tire for trucks, Rotiiva AT Plus
You must log in or register to reply here.

A
Summer & winter set vs All Terrain