My dad just bought a used 2015 F150 with the 2.7L EcoBoost. Will mostly be a second vehicle for him and something to put an ATV in the back or pull a side-by-side on a utility trailer. I'm reading the Owner's Manual and finding Ford is only mentioning 5W30 API SN - nothing past that. Since this engine takes 6 quarts exactly, it seems like this would be a good candidate for the 6-quart Havoline Box? First EcoBoost engine in the extended family. 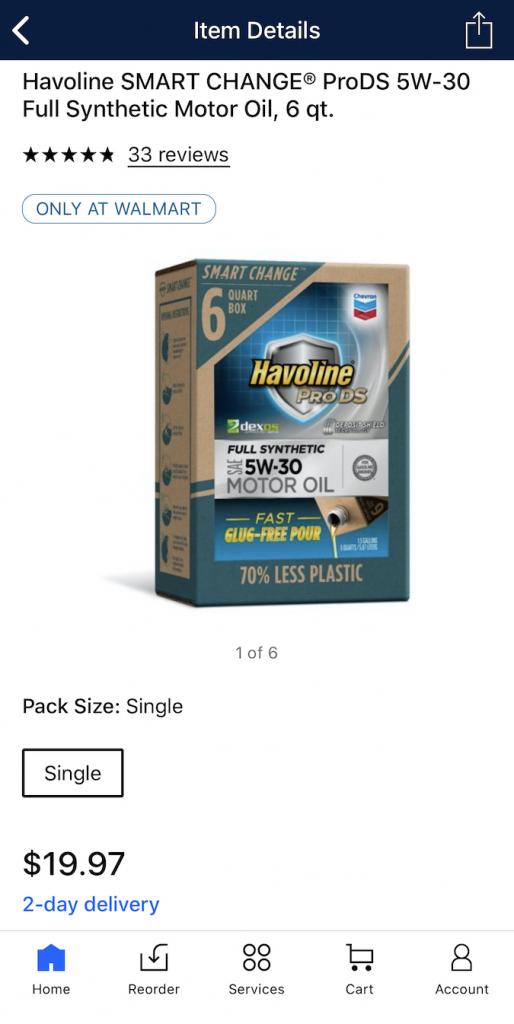 You would be fine with the Havoline. I have run it in my second gen 5.0 (DI but not turbo).
N

You'd have to look online to see what the latest oil specs are for that particular model year, but the d1g2 license exceeds any requirement currently in place by Ford.
R

I did find the specification in the online owners manual - seems to be WSS-M2C946-A which Havoline says they meet, so we should be good there. Also, good point on D1G2.
P

Ford basically calls out a non-synthetic 5W-30 as a minimum requirement for their EcoBoost engines. When EcoBoost first came out on the MKS and SHO, I believe they called out 5W-20! Then when the first F-150 EcoBoost engines first came out, everything was then specified for 5W-30 (naturally aspirated engines still call out 5W-20 in the manual). The Ford GT is the only exception for EcoBoost engines as it requires 13.7 qt of Castrol Edge Supercar SAE 5W-50 WSS-M2C931-C. The track cars like the Shelby GT350/R/Boss 302/GT500 typically use 5W-50 Motorcraft synthetic. The pre-17 F-150 2.7L EcoBoost is 99.9% the same engine as the 2.7 EcoBoost used in the Edge Sport/ST and Ford Fusion Sport. The oil pans tend to leak, but the cartridge filter is easy to swap out. My Fusion Sport is pretty easy on the oil, I generally use 6 qt of any OTC full synthetic 5W-30 like Pennzoil Platinum. The difference between the pre-17 truck 2.7 and the transverse 2.7 is the truck uses different turbo packaging and has an engine oil cooler mounted by the oil filter cap. The turbo difference is minimal, the compressor speed curves are different but the other parts of the compressor maps are identical. Camshafts, manifolds, etc... are all the same. Post-17 is different because trucks got split injection while transverse did not.
C

Originally Posted by wallyuwl
You would be fine with the Havoline. I have run it in my second gen 5.0 (DI but not turbo).
If you have the newest Gen 5.0 with dual port and DI its a 3rd gen.

I would not hesitate to use the Havoline. Its a good oil and the 6 quart container is super convenient for your engine.
B

That looks like good oil. Has it's Dexos cert, and funny enough, glug free pour, haha.
You must log in or register to reply here.