Per my previous post about a coolant tank for my 7.3 PSD HERE, thought I'd give an update. I couldn't make up my mind about buying an OEM tank or a Dorman, so didn't buy either. In June, we took a camping trip where the original one finally developed a small split in small town Wyoming. Found an Autozone, bought a Dorman tank and swapped it out in their parking lot. About a month later, I discovered the cap was loose with dried remnants of coolant on the tank. I tried 3 different caps (OEM, Dorman, and whatever O'Reilly's had) and none of them would cinch down. They would click, click, pop, and come right off the threads. Bought an OEM tank from a dealer on Amazon and took the Dorman tank back to Autozone for a full refund. The OEM one lasted a couple months (truck gets driven pretty infrequently) before I noticed seepage along the seam. Online dealer said the warranty was good at any Ford dealer, so I took it in and did a warranty exchange. Parts guy told me to ONLY use Ford coolant as "anything else would eat it up". LOL.

Well, that replacement leaked worse than the other one after a few weeks. Of course, the seam popped over the weekend in nowhere Wyoming hauling a camp trailer. Only thing I could do was try and seal it up with some plastic epoxy. Sealed it up enough to get home. Took the tank back in and they referred me to a different dealer because they didn't have one in stock. The other dealer's parts guy pointed to another coolant tank on his floor and said, "I wonder if there was a bad batch of these?".

Yes there was a bad batch of the 7.3L coolant tanks. I have a stack of 6 or 7 that went bad with just one customer. I forget if they finally got a good one from us or if they got the Mishimoto one to correct the issue to begin with.

Yeah, the metal ones are certainly an option. The Mishimoto one, though expensive, at least has a sight glass! Hopefully, I finally got a good tank from the dealer, but we shall see.....
D

HA! Expensive?? The Pro Alloy one I want to get to replace my plastic factory bottle when (NOT if!) it cracks makes the Mishi version (for MY car at least) seem downright bargain basement cost! LOL

Another bad one. The seam in the tank started gushing after a 30 mile drive yesterday. Seriously, this is ridiculous! Who is making these for Ford?
K

Right above my finger you can see the seam. That's where it's leaking. The exact position isn't always the same, but the leak is always in the seam. The cap is OEM and a couple months old. The leak is almost always a steady stream until the coolant level gets below the seam. Here's a screen grab I snapped from a video of it. 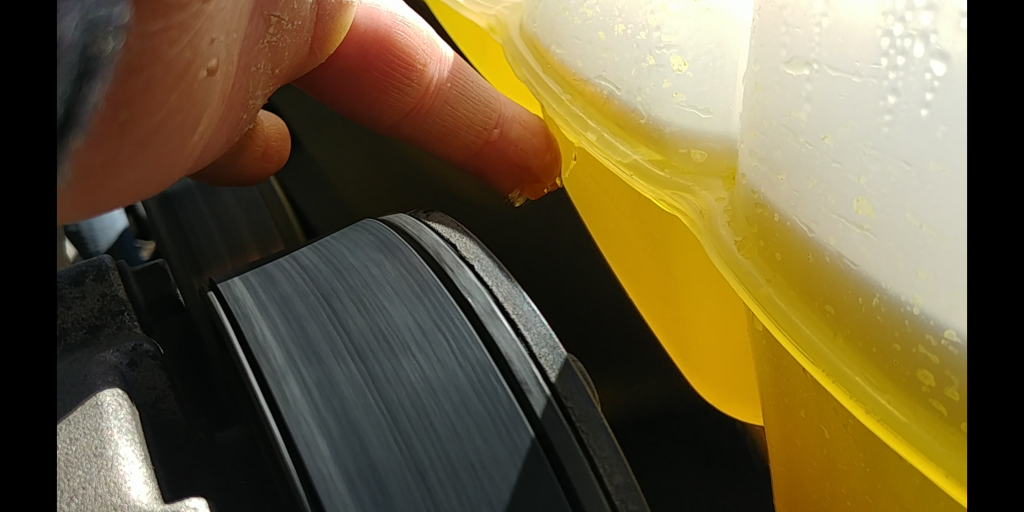 Yup, that is where the stack of bad ones I have leaked.

I went with the Mishimoto. Once I got over the sticker shock and the sharp stabbing pain in my wallet, it really is a very, very nice looking piece. After going through at least 4-5 plastic tanks since June , I just couldn't justify the time/hassle factor anymore, not to mention the risk of overheating the engine.
You must log in or register to reply here.