This post is a demonstration on "the truth in lending" about some Copart finds. It may support how leaving certain truths from a post can paint a sometimes different picture of what the transaction/ sale really is. This will be a two part post. I will come back to this post later today and post the Paul Harvey "rest of the story" On Tuesday 6 FEB 2018, I placed the high bid of $350 and won a 2006 S500 4matic with 43k miles. This S500 was a one owner, never reported to be in a accident by Carfax, only Mercedes Benz dealer maintained, with full records, and last maintenance date of December 2017. This very well equipped S-class had some very nice upgrades rarely found on a W220 S-class, to include not only massaging and vented front seats, but heated rear seats. I am attaching the maintenance records from December 2017 through 2009. 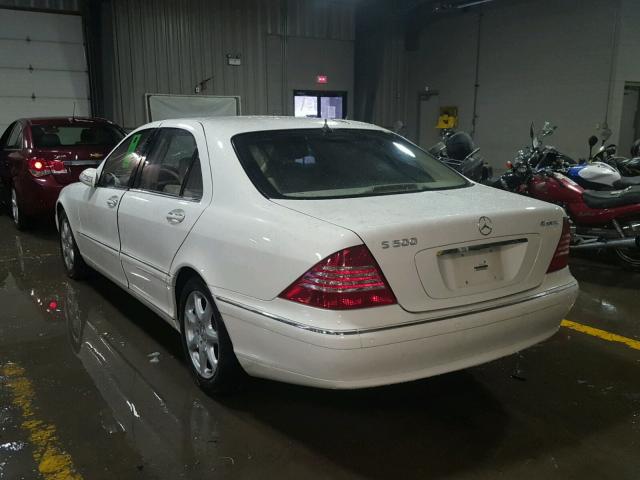 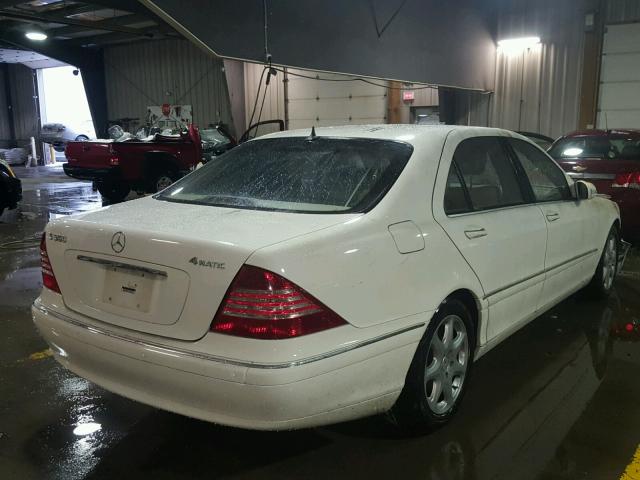 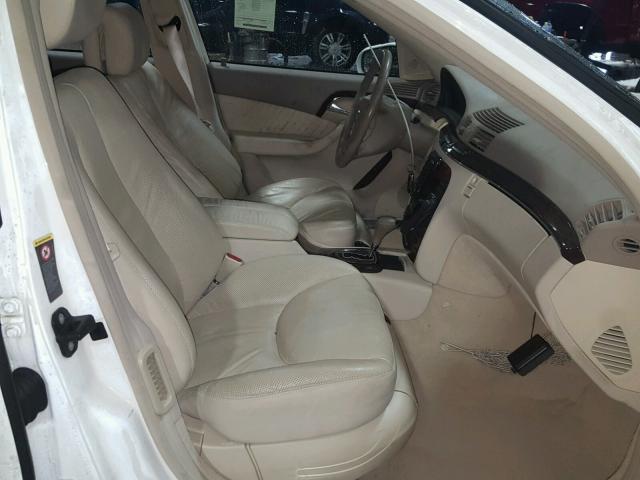 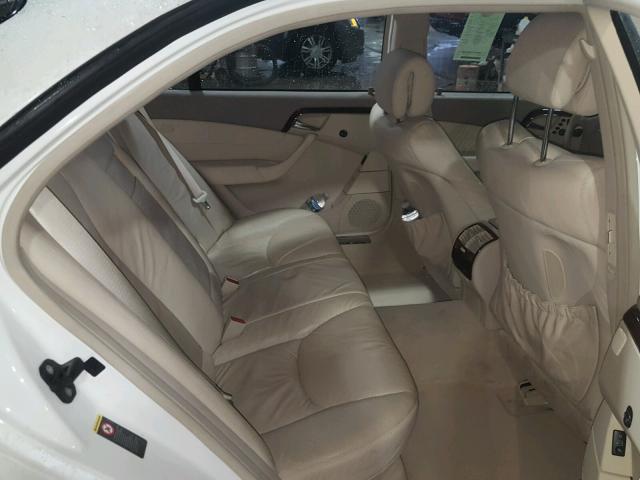 I can't figure out how to post the PDF of the maintenance records so I am posting it as a pic, may be hard to view 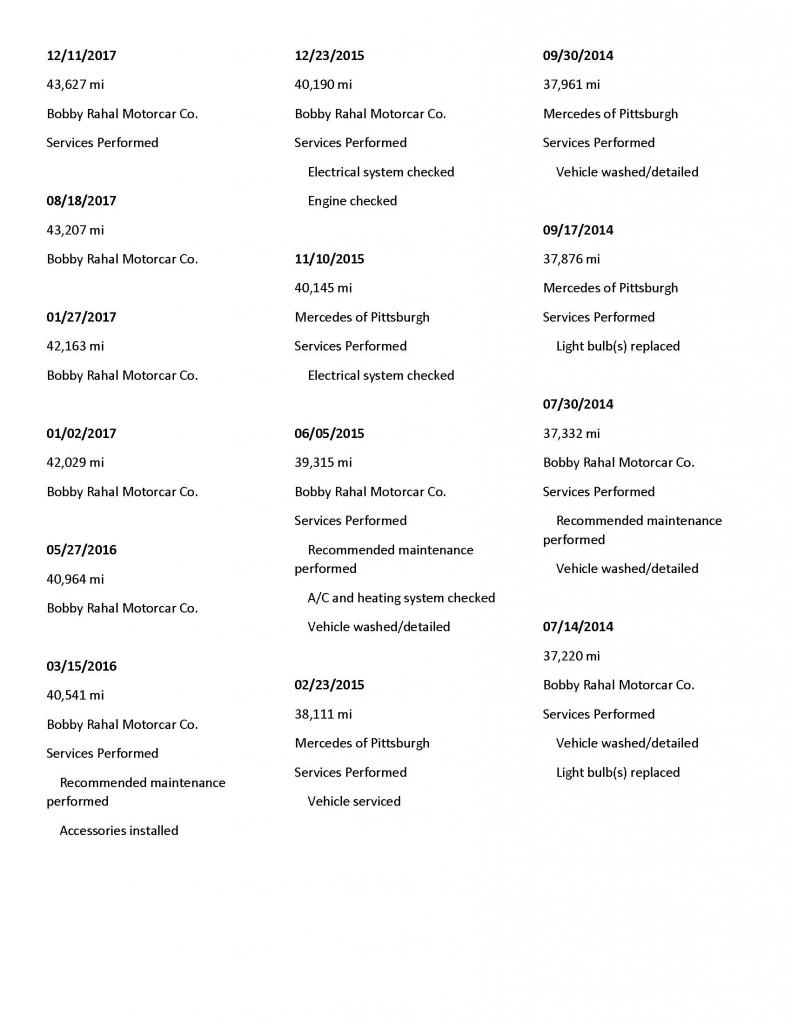 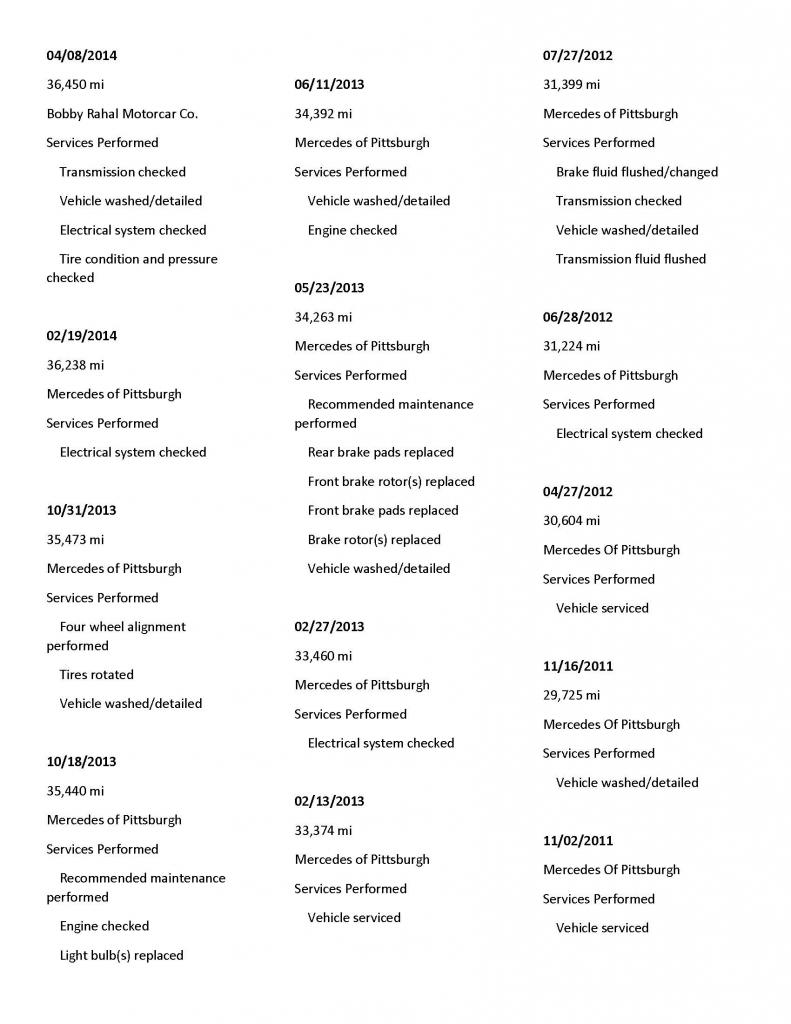 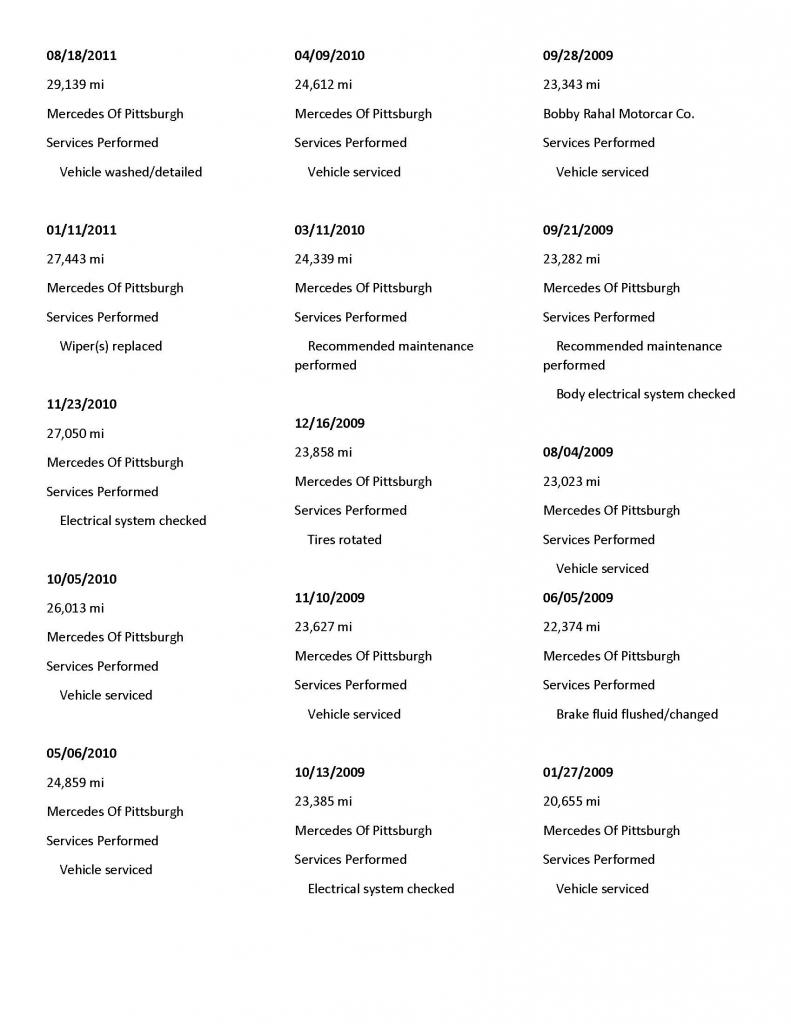 Nice car for $350! Is the engine sold separately?

I'm ready to read part two of this story.
F

You could get an easy five grand parting this thing. What's the gotcha?
S

I think this thread is a result of what happened here: https://www.bobistheoilguy.com/forums/ubbthreads.php/topics/4662472/1
L

Originally Posted By: fdcg27
You could get an easy $5000 parting this thing.
EXACTLY!!
F

I don't think so. That thread did decline into a peeing contest, which probably explains the OP's multiple Copart threads since, but this thread seems a bit different. A nicely equipped, low mileage AWD S class with full service history and clean CarFax (for what that's worth) for $350.00? We need to await the OP's relating the rest of the story.

Trying to draw any comparison between the AT&T vehicles I've purchased (be it the Saturn, or Durango) and what you're doing is laughable, at best. Notice no front end pictures? The car has a salvage title, and didn't run, nor (obviously) drive. He is just stringing you along with this purposefully misleading garbage. I'll save everyone the wait; here's what he didn't show you:

Well, that cat is out of the bag. Is this forum only big enough for one poster to talk about Copart buys?

Thanks RJ for posting the pics of the rest of the story. I will be picking up the S500 tomorrow. My $350 winning bid actually cost $578.45 USD to Copart. Add another $70 to Uhaul for the car trailer, $180 in fuel for the F350, and tolls, and we are getting towards $1,000. And a day away from work. I will get up at 3am to start the drive to be a Copart by 8:30. I have studied the burn marks for quite some time and can't figure it out. I am especially curious on how the passenger door mirror was burned, yet not a lot of burn in the engine bay. One wild speculation is that the S500 caught fire at the MS dealer, and the fire was actually originated outside the engine bay and drifted into the bay through the hood vent. I am also curious on how it was serviced at the MB dealer in December 2017, and made it to auction the first week in February. Very small window of time for insurance adjusters, etc, especially with the holidays. Beats me..... I have two more S classes in the driveway for parts, both 4matics, one S500 and one S430. I may get lucky with the car, or more than likely I will take off some parts I want and send it to the crusher. If I do happen to get lucky, a 43k miles S500 is a very decent ride, but I will keep my expectations very low.
Last edited: Feb 11, 2018

I'm hooked. What is the rest of the story?

A few more things that put my purchase in the pain in the but category. The S500 will be loaded onto the trailer by a forklift/ front end loader. I will not be able to touch the vehicle unto it is on the trailer and forklift gone. This car has air shocks, good chance air will be out of the shocks, and the vehicle will be resting on its tires. Issue is, how do you get the doors open when you get home, to put the car into neutral to get it off the trailer. With the air out of the shocks, even securing the car to the trailer may be a very big challenge. I have a game plan, but all involves a lot of labor....

A poster mentioned fleet vehicles as a option at auction. Might be a very good buy. In 2007 I learned a hard lesson with a fleet vehicle purchase at auction. 2004 F350, spent it life in Texas. 31k miles. Looked fantastic for a work truck. Shined great, interior was immaculate. Ran the carfax, it was owned by Kerr McKee corporation. Flew from Missouri to Texas to pick the F350 up. Had to take a cab to the pickup site, about $120 in cab fees. Had already paid (you have to pay before seeing the vehicle), and knew something was wrong, but not sure exactly what. Started to drive north and had a weird feeling. About 100 miles away I stopped at Best Buy and picked up a Sirius Sattelite radio kit for a hasty install for the long drive. When I pulled out the kick panel to get to the radio harness, my face got an eye full of silt. The F350 was a flood vehicle. The Seller was a great hustler, went so far as to put a new rubber floor to hide the water damage, which meant he pulled the bench seat, etc. How could this of happened. Simple, Kerr McKee was a self-insured corporation, so no insurance claim was made and nothing reported to carfax. Kerr McKee sold the vehicle to a broker, who did a awesome visual cleanup, and made her shine, and put her up for auction. I made a big mistake....... I called a local TX Ford dealer, disclosed the situation, and then traded in the 2004 F350 for a 2007 F350, which I am still driving today. Cost me about 4,000 in a matter of hours to get out of the mistake I made by thinking Carfax would disclose a flood vehicle, and I fell for the great wax job and super clean interior (amazing what a new rubber black floor does to a truck interior.
Last edited: Feb 11, 2018

I’d never touch a car with a maintenance history like that. That car lived at the dealer, riddled with problems.

Originally Posted By: GON
A poster mentioned fleet vehicles as a option at auction.
I've made it very clear that both the Saturn and Durango were southern AT&T fleet vehicles; these are easy to identify on Copart. Until you actually go buy one, stop playing a game of hypothetical "what-ifs" and draw comparisons with the junk you've bought. A truck from Kerr-McGee (a company that doesn't exist anymore), rusted out northern cars, donated vehicles, or a burnt-up Mercedes has nothing to do with what I've purchased.

Originally Posted By: Nick1994
I’d never touch a car with a maintenance history like that. That car lived at the dealer, riddled with problems.
I have the SD Connect STAR MB diagnoses system. Does a great job of isolating errors. I am concerned about the amount of electrical errors, if in fact the car becomes salvageable. The 2004-2006 W220 is actually a pretty easy car to service, once the initial investment is made about how they differ from many other cars. The W220 has a lot of computers, etc, along with a fiber optic ring.....
W

Originally Posted By: GON
Originally Posted By: Nick1994
I’d never touch a car with a maintenance history like that. That car lived at the dealer, riddled with problems.
I have the SD Connect STAR MB diagnoses system. Does a great job of isolating errors. I am concerned about the amount of electrical errors, if in fact the car becomes salvageable. The 2004-2006 W220 is actually a pretty easy car to service, once the initial investment is made about how they differ from many other cars. The W220 has a lot of computers, etc, along with a fiber optic ring.....
They do seem to drop off in value compared to a 2007 S550 as that was the last year before the new body style. As for the airmatic, I suppose you might be able to power up the air pump which I think is under the car. If the electronics are burnt then you probably can't put the key in the ignition to power up the system. Did it come with keys?
You must log in or register to reply here.

I upgrade my car