Hoeing into one right now, was wondering how many of you have had them ? http://chiko.com.au/
Quote:
The Chiko Roll was developed by Frank McEncroe, a boilermaker from Bendigo, Victoria, who turned his clever hands to catering at football matches and other outdoor events. In 1950, McEncroe saw a competitor selling Chinese-style chop suey rolls outside the Richmond Cricket Ground. It was here that his craftsman's mind saw an opportunity... McEncroe felt that the competitor rolls were too flimsy to be handled in an informal outdoor setting, so brought to life the idea of a much larger and more robust roll that would provide a quick meal fix, easily held in one hand, with a cool beer in the other. The roll's robust crispy outer layer would double as its own holder... And the legend of the great Chiko Roll began, making its first appearance at the Wagga Wagga Agriculture Show in 1951. In the 1960s, McEncroe moved to Melbourne with his family where he began to manufacture the rolls with the use of an adapted sausage machine. As the product became more popular, McEncroe moved his production to a larger factory in the suburb of Essendon. He later merged his business with a local company called Floyd's Iceworks to form Frozen Food Industries Pty Ltd. The new company went public in 1963. By 1965, most Australian takeaway restaurants, milk bars and fish and chip shops stocked beloved Chiko Rolls, with the marketing slogan "Grab a Chiko," signifying the ease with which shop owners could take a Chiko Roll from the freezer and place it into a fryer. Sometimes sauce was added before it slid it into its own trademarked Chiko Roll bag. At the height of their popularity in the 1970s, 40 million Chiko Rolls were being sold Australia-wide each year and more than one million were exported to Japan. In1995 the Chiko brand was proudly acquired by Simplot Australia. Bathurst, New South Wales is the Chiko Roll's home of manufacturing, where the rolls are produced on a specially designed machine that makes the pastry and filling at the same time, in one giant long roll. They are then automatically sliced, with the distinctive ends folded to what many say is perfect imperfection.
When they started selling them in the frozen food section, was a great day (yes, the proper wrappers are in the packet too.) We nuke them, the crisp them in a fan forced oven, rather than frying.
S

Never heard of them, but Pluto Pups are corn dogs, staple of country fairs and dirt tracks everywhere.

Originally Posted By: AZjeff
Never heard of them, but Pluto Pups are corn dogs, staple of country fairs and dirt tracks everywhere.
We have them here at fairs and whatnot...pluto pups and dagwood dogs, I do beleive that they are more corn based in the batter. "Battered Savs" are what they are called at racetracks and fish shop, and usually are just fish batter, not corn based. (Sav is Aussie for "saveloy", which was the more common name for the sausage as I was growing up). In typical fashion, "Battered Sav" can also be a fight starter...tel a guy he has a fistfull of battered sav, and things get pretty hot pretty quickly.

Picture of the innards... 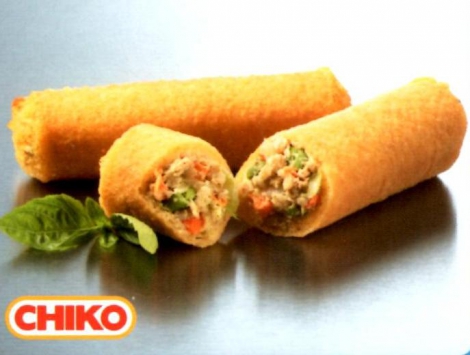 The ad is a hoot, is it currently on TV?

Originally Posted By: AZjeff
The ad is a hoot, is it currently on TV?
Ads are similar, but 30 seconds long.
S

Ingredient wise, I think our closest match is the standard eggroll that can be bought at any strip-mall "chinese" restaurant. But if we are talking about cheap and ready-made calories, we have a big assortment of 'roller grill' items at our QuikTrip gas stations. 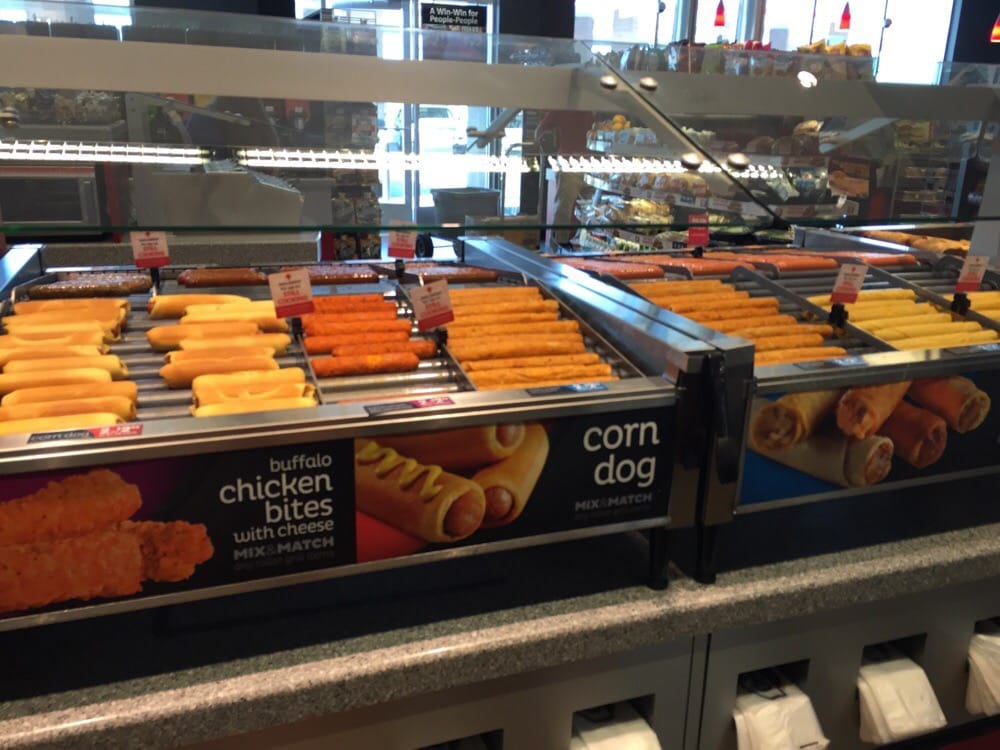 I'll grab a few if I'm driving a long distance, but they are guaranteed to give me acid reflux at night so I try not to indulge.

Do they still have the Chico Chick? In the US that would be an outrage in today’s climate.

Originally Posted By: Reddy45
Ingredient wise, I think our closest match is the standard eggroll that can be bought at any strip-mall "chinese" restaurant.
The "chop suey" rolls that are talked about in the Chiko history are these...they are also fish and chip shop staples.

http://www.islanderfoodservice.com.au/product.php?id=02022 tasty, but too sloppy and fragile if you are on the go.
H

We lived on Chiko's as kids. These days, they make great hangover food!
S

I gave them a mention here https://bobistheoilguy.com/forums/ubbthreads.php/topics/4606368/ We called them "chunder tubes" as kids at school.

Originally Posted By: hpb
We lived on Chiko's as kids. These days, they make great hangover food!
Used to be a shooting trip tradition. Drive an hour and a half to be at Yass at dawn, Shoot rabbits, and get a Chiko Roll at the roadhouse on the way back home.
C

Originally Posted By: HosteenJorje
What's a "milk bar?"
soda fountain isn't it? Like a Friendlies?
J

Looks like a breaded and deep fried sex toy of the male origin. No thanks
Last edited: Jan 26, 2018
You must log in or register to reply here.

The CRISPR machine that can wipe out entire species
2