As of Dec. 31 of this year Carquest will no longer sell Wix made filters. They will instead be selling Baldwin made filters for fleet and industrial purposes and "champion" filters for automotive. It is also expected that about 100 carquest stores will be either closed, folded in to existing AAP stores, or converted by the end of the year. And there will probably not be any non independent Carquest stores within 3 years.
D

A few of our local CQs are closing soon... Nope, no Indy Carquests allowed....
2

My understanding is that the independents will be the only ones left standing in about 3 years as all corporate stores will be done away with.
D

Originally Posted By: 29662
My understanding is that the independents will be the only ones left standing in about 3 years as all corporate stores will be done away with.
Well, since CQ will be carrying some of the same stuff AAP will... Granted, there will always be different stuff at each....
A

So since Carquest is in Cali and is now part of AAP, does this mean I will be able to use one of those AAP coupons when I need a car battery. And if so, when will that be possible?

Originally Posted By: Apollo14
So since Carquest is in Cali and is now part of AAP, does this mean I will be able to use one of those AAP coupons when I need a car battery. 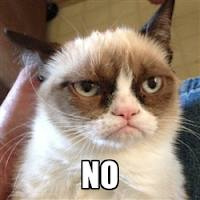 CQ is marketed as for the pros, so I don't expect AA style gimmicks available to the common man.
N

With the demise of the Car Quest name,ends the 40 year history of Big A auto parts,the Texas based parts chain that was created by 2 former (disgruntled) NAPA executives.Big A later went on to chapter 11 reorganization after misplacing around 200 million dollars in assets.A year later upon a judges orders,BIG A was liquidated due to even wider losses.Most of what was left was sold off to Car Quest,taking 6 warehouses and changing over many BA stores.
F

CQ is marketed as for the pros, so I don't expect AA style gimmicks available to the common man.
Nice selfie OP said some stores will be converted to AAP. W don't have AAP here so maybe this is part of a strategy to expand here.

For being rebranded WIX filters, they are much more $$$ than O Reillys or even the Napa Gold/ Silver etc. Granted my region seems to have the most $$$ Napa filters on this whole forum.. Lol. Plus there is one CARQUEST near me. Their sales are pitiful and its about 20 miles out in Bumfee Egypt. No joke!
H

This explains all the CQ boxes I recently received from Rock Auto, when I got good deals ordering "private branded" parts.
T

Yes, Motorking did say that this would be happening in the near future in that Fram troll thread last month. I quoted him for some clarification, but he never responded because the OP in that thread and others made him mad enough that I think he left here for a few days. http://www.bobistheoilguy.com/forums/ubb...he#Post3478448
S

Guess we'll just have to wait and see if the new Champ made CQ, "blows away the old WIX CQ Blue and Red." as declared in the linked thread. 'If' that is the case, it can't be similar to/same as the previous Champ made O'R MicroGard line.
T

The CQ Red will probably be an Ecore; the blue will probably be similar to the TG Oh if only they make the CQ Blue equivalent to the Fram Ultra, or one of the other premium filters they make like the M1, or the way K&N used to be made when they were still Frampion, before they became Korexican.
1

That blows, I did like car quests and we have a small independent one hear that I visit quite a bit. Great guys there. All around the city's around here, a ton of Oreilys and Autozones are popping up everywhere. All the indy part stores around here are disappearing.

The Baldwins are going to be the replacement for the Carquest blue line and the Champion's are going to replace the red line filters. Or so I've been told.
You must log in or register to reply here.

S
Wix discontinued the 51315XP the XP/Platinum for the Zetec