Bad wheel bearing.....which brand to get?

Here is a video clip for reference on one of the rear wheels. Sounds like raspy grinding noise on both sides.

HankHill said:
My fathers wheel bearings in his 07 Chevy car failed three different times in 60k miles. When it went bad again at 75k, he just dumped the car.

I use NSK or Moog without issue.
Click to expand...

Moog has not been any good for some years now. The parent company bought National and for a long time Moog branded was NOS National, now its mostly cheap white box Chicom crap.

It is unusual to find any internet list that is credible but this one I 100% agree with. 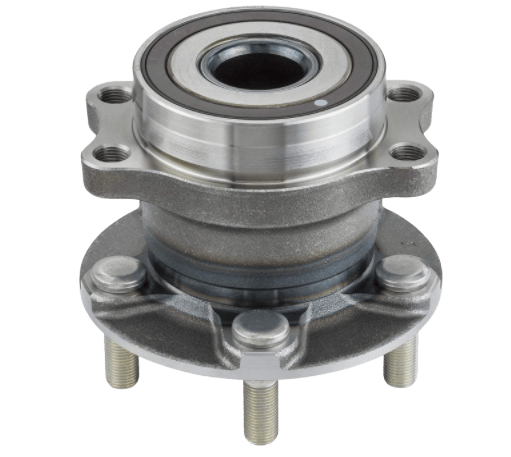 CharBaby said:
WOW, so many brands that I've never heard of. Most likely because not all brands are made for my vehicles when I look up bearings.
What is WJB?

I was always a TIMKEN brand bearing guy because this is what worked and my circle of car guys(used them) however they seem NOT to last the test of time any longer. You know? The bearing that you replace and never have to replace it ever again during your tenure with a vehicle(10-15 years).
Click to expand...

WJB is the brand of Bearing.
M

Trav said:
Moog has not been any good for some years now. The parent company bought National and for a long time Moog branded was NOS National, now its mostly cheap white box Chicom crap.

It is unusual to find any internet list that is credible but this one I 100% agree with.

Thanks for the heads up!

I'd go SKF or maybe SKF and perhaps SKF.

Got my Rockauto order today. The brand I got for their Ultra-power brand is Proline. Looks like it's one of the brands Pep Boys carry when searching online. Anyone use Proline before? Not expecting much as far as longevity. If they last two years, I'd be happy. vtec260 said:
Got my Rockauto order today. The brand I got for their Ultra-power brand is Proline. Looks like it's one of the brands Pep Boys carry when searching online. Anyone use Proline before? Not expecting much as far as longevity. If they last two years, I'd be happy.

Ultra-Power is a liquidator based in Texas. Here is their site

A lot of Pep Boys stores closed, so it makes sense their old parts would be available from a liquidator.
P

Falcon_LS said:
It appears most SKF wheel bearings are made in Korea; you shouldn't have any issues with them. FAG is another good option, if it's available for your application. But even when it comes to parts, the brand you choose tends to be application specific so I would not just blindly go on brand alone.
Click to expand...

AAP memory again, a factory rep came into the store and bought the Korean bearing, she told me that the Quality was Better and they needed to examine the bearing to see why !!, many times Factory reps came to store

KneeGrinder said:
Your Acura should not need new rear wheel bearings unless it was towed with the rear tires on the ground, like a tow dolly.
Click to expand...

OK, I'll bite, how is this bad for wheel bearings? I can see it being slightly worse for suspension parts like bushings that aren't in their natural geometry. Is it the "sticktion" of the suspension putting more of a pounding on the bearings?

Location
North of you Idaho

Sorry, I don't know what sticktion condition is. So, this explanation is what I have to offer based upon my own experiences over many years.

When I would buy 2 or 4 Vehicles, "Salvaged" My Tow truck driver would put 1 Vehicle on the flatbed, and tow one down. Towing with one down was this driver's definition of old school tow trucks, the rear vehicles are towed from rear ramp pick up, those hike the front end completely to keep the front wheels off the ground by almost 1.5 feet. That puts alot more force on the rear suspension of the vehicle that is towed down and at an awkward angle. The rear bearing, nor the suspension are designed for the amount of weight transferred to the rear while it's being towed down.

I mostly bought Hondas, and Acura's. The Honda civics and Integra's almost every time would toast the rear bearings if it was towed down. The mileage towed was about 40 miles of the wonderful 405 freeway. Not to be confused with the 405 in the Seattle area, the L.A. 405. I think it suck's a bit worse than the Seattle 405, but what do I know? The Honda V6 Accords and Acura TL's would both survive most of the time if towed down. The Accord V6 and the Acura TL, have many but not all interchangeable suspension part's. Except for the Type-s. Type-s has some different parts.

That's all I have to base my theory on. Except a lot of Civics would have a bad right front wheel bearing, because most drivers turn to the left much harder than they will on right turns.
You must log in or register to reply here.