Anybody having unusual numbers of critters this year?

Living here in the Pacific Northwest it we generally see a good amount of wildlife around our place but it tends to vary in type from year to year. Last year we had rabbits everywhere. Not surprisingly, we saw a number of coyotes this spring. Another year we had a jillion dragon flies buzzing around.

This year, we have lots and lots of garter snakes. Normally, I'll see a few in my yard over the course of a year, but right now I could go out in the afternoon and spot a dozen of all sizes.

Has anybody noticed a similar pattern where you live? What are you seeing more of this year?
N 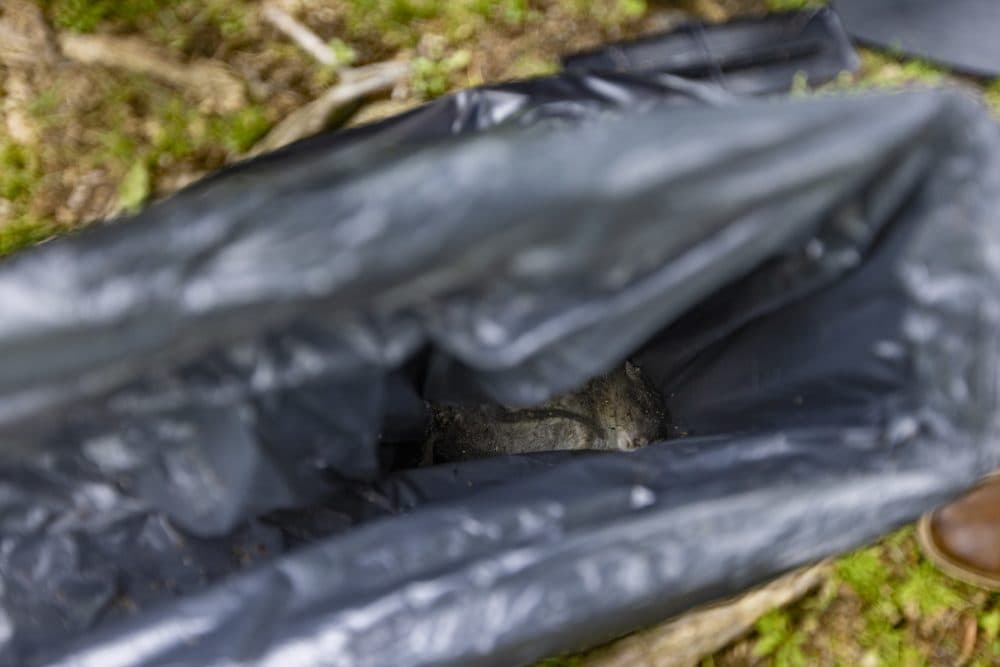 Resident complaints about rats have surged in cities across the northeast since the pandemic began, causing city exterminators to look for new and creative forms of rodent control.

More rabbits. That means the coyotes are either eating better in the hills or they ain't around as much for one reason or another.

Definitely noticed more. Deer are within 50ft of my back door, raccoons (actual, not my youngest child who is a raccoon at heart), and opossum’s all coming around… seen a fox a few times. There has been an excess of roadkill on the roads in the rural areas NE of Kansas City since around May 1st. Lots of "deer smears" on the interstate and more opossum, skunks, and racoons on the rural roads. The deer are running early IMO.

It hasn't rained in so long.....I catch animals drinking my dog's water that I don't normally see.....Cats, Racoons, Rabbits, Opossums & Frogs....lot's of Frogs because the near by creek ran dry.

Cat's are all over of course....But with my Pit Bull....It's "On Sight" with all felines so they typically avoid my yard.

clinebarger said:
It hasn't rained in so long.....I catch animals drinking my dog's water that I don't normally see.....Cats, Racoons, Rabbits, Opossums & Frogs....lot's of Frogs because the near by creek ran dry.

Cat's are all over of course....But with my Pit Bull....It's "On Sight" with all felines so they typically avoid my yard.
Click to expand...

also in the DFW-Ft. Worth TX area and the local news has mentioned an influx of critters seeking water and shade and are coming into yards/homes where they normally wouldn't come if they weren't desperate. We do put out water/seeds for the birds/squirrels.

Yes every year I see different things in larger or smaller numbers, but it's hard to pin down because the environment has changed so much. I mean MY environment. I live next to a field, that used to be a wooded area, with a sizeable pond in it. I used to have a row of trees between me and the field but that was knocked down last fall. That caused a substantial decrease in the squirrel population.

SO, currently, the population of horses has risen because that was the initial reason the field was cleared. Clearing the field (a few years back) caused a marked decrease in rabbits.

Putting up a fence for the horses, caused a marked decrease in deer. Now instead of coming to feed off my massive oak trees' acorns, the roam the neighborhood more and are more likely to be hit by vehicles. The geese that frequent the pond, don't care much for the horses either, but they're getting their nerve back up, have decided to hang out in the field now that the horses are kept where it is cooler during the heat wave. These are show horses, so they get more luxuries than the average horse.

I saw a lot more stinkbugs the last couple summers but not as much (yet) this summer.

Plenty of crickets, I hear them chirping in waves again as usual once there are hot summer nights.

Fewer bats, but there is still one that sleeps under my awning and craps on the patio steps almost every night.

Different ants this year, the colony doesn't die so quickly from the usual boric acid/syrup mix I've used in the past to kill them off.

I swear that robbins (birds) are evolving, long story but I've seen some unusual more than typical bird intelligence shown by one and its offspring.

The neighbor's cats don't get out as often these days but it might just be that they're getting older.

There is a coyote that roams through the area now which is unusual, tells me their habitat is shrinking around here because the neighborhood dogs (pets) used to scare them away.

A couple mallards kept landing in my neighbors' pool last summer, so they strung a rope with aluminum pie tins on it to make a clanking noise to hopefully scare them away. They put the same rope up this year but so far I haven't seen the mallards again.

Overall, the insect population is decreased, especially pollinators. My summer (small scale) crops grew larger fast, due to not having to spend much energy growing produce, now are going to be top heavy and more susceptible to wind damage.

The bugs have been unusual this year. In particular, biting flies were a problem a couple of months ago here at home and when I visited Tangier Island. Hadn't dealt with them in many years until this year. Usually I see few bugs on Tangier, but not this year.
L

Much more spiders this year.

Yes! Tons of small animals in my yard this year. Mama is feeding the birds and squirrels. It's attracted all manner of critters. Including predators.
K

Champlain Valley, continued increase in eagle, hawk and osprey; leading to way fewer ground animals (rabbit, squirrel). People's garden yields are up due to the reduction of filthy, garden raiding rabbits-Elmer was right!

1st year at the new house, not much of a benchmark to go from. Had a young black bear roaming around, and rescued a dragonfly from our garage floor. Biggest one I've seen, about the size of my hand. Put on a work glove, picked it up by the tail, and it started chewing on my glove. Couldn't get it out side fast enough....
D

Lots of deer this year, but for the first time no mosquitoes. We have had normal rainfall and temps this year.

Mammals about the same.

Voles tearing up my back yard.

I need to buy a new high power pellet gun (no idea what one to buy as many pellet guns suck now)
as the 1/2 acre yard went from 3 squirrels to 2 dozen and rabbits and a ground hog.


Even better the yard has been converted to a gigantic ant hill filled with the large black ants, spray the house with various “defense” products but none seem to keep the ants out. I think I’ve tried all the regular killers

I have a small amount of diazinon left from my father, that seems to be the only stuff that works, sadly probably only 1 or 2 boundary treatments left in the can if I’m forced to use it.

Even though I don’t like killing them bees and hornets seem to absolutely love my vehicles, I don’t drive as much so if one sits 2-3 days I get to deal with abnormally agressive bees and hornets and the bastards don’t seem to be affected by being smoked out so I end up killing them, even at that difficult to irradicate them even with sprays

Four or five years ago I started seeing a huge increase in garter snakes, almost one or two every time I mowed, the last two years I've seen maybe a handful.

Rabbits are way down for some reason this year but the squirrels seem to be on the rise.

We also seem to have a lot of turkey vultures flying over the city, not sure why but I see them every night.

Those black wasps are some what thick this year.

I know we have a couple possums living in the neighbor hood but I rarely see them but just knowing they are out there bugs me, just a big rat is all they are.
You must log in or register to reply here.