Mix up up anyway you feel comfortable. Just shake em up really good first. And this is why I buy my oil as needed.
E

I don’t think you’ll ever have an issue mixing and if you did you probably couldn’t study enough before hand to be able to predict anything happeneing with certain mixes. I’ve done plenty of mixes (6 different oils in one change ) and never had an issue.
C

Mix'em! Just because you're not a supporter of mixing, doesn't make mixing a bad thing. It may not be optimal but it certainly isn't wrong and it's a good way to get rid of stragglers. Also, feel confident in running the straggler(Frankenbrew) oil for the full length as with any other oil change. And sleep well.
Last edited: May 11, 2018
P

since this summer may be hot in Kiev, I would use # 2,3 and 9 for current than mix the others for a 10w30-5w40 end result. I think Caterham had a calculator at some point.

I feel that if you're mixing different oils then at the very least mix together oils that come from the same manufacturer. The viscosity grade is not nearly as important as keeping the additive chemistry the same. If you have Motul 300V of one viscosity then mix it with Motul 300V of another viscosity. Mix your Unocal products with each other and so forth. The idea is to limit additive clash that can lead to consumption when things don't play well with each other.

There will be ZERO additive clash for a normal OCI of 5000-7000kms. Here is the proof with oil analysis:
E

I probably would try to sell or trade as much as possible and then purchase to add to one oil that I had in same viscosity. Ed

I would use the thicker stuff in summer and leave the lighter stuff for winter.
S

Originally Posted By: FowVay
I feel that if you're mixing different oils then at the very least mix together oils that come from the same manufacturer. The viscosity grade is not nearly as important as keeping the additive chemistry the same. If you have Motul 300V of one viscosity then mix it with Motul 300V of another viscosity. Mix your Unocal products with each other and so forth. The idea is to limit additive clash that can lead to consumption when things don't play well with each other.
Completely agree. Oil manufacturers (at least the big ones) also make sure to test their oils with other manufactures oils to ensure compatibility. It would be safe to say they test compatibility with their own oil in differing grades as well. I try to limit mixing during a single oil change, but have never had problems using half and half of differing oils during a single oil change interval.
K

Originally Posted By: JC1
I would use the thicker stuff in summer and leave the lighter stuff for winter.
Exactly my thought. Use the 15Ws for warm weather runs and the lower W rated oils for the colder months. This is not a picky engine. I ran M1 EP 15W-50 in warm weather in both our old '97 2.2 Accord and our later '99 2.3 Accord with no issues at all and saw very smooth and quiet engine operation, a bit less rev-happiness and noticeable but very slight reduction in fuel economy. You have a stash of good oils and a robust engine in which to use them. Have no worries about using this stash. 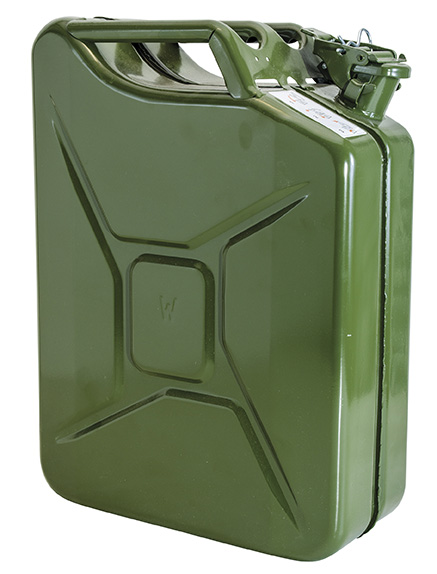 I mix anything and everything... usually 50/50 cheapest stuff with the most expensive stuff (life is a balance!)
P

Hi ! Thanks a lot all of you for your prompt responses. Just some comments/concerns: Naturally, in view of winter temperatures in Ukraine some mixes would be used just for summer. However, viscosity is not really what makes me worry, but eventual additive clash. Under eventual additive clash I meant that certain additives in one oil may hinder certain additives in another oil to fulfill correctly their designed functions (for example, number of additives even in a well formulated oil fight for a place on metal parts), rather than a chemical interaction. Though, I believe a risk of chemical interaction still exists. To my view an example of trouble-free run on 33 oils mixture may be relevant just to nowadays oils formulations which are quite limited in number due to globalization and unification. 15-25 years ago there was more diversity in oils' formulations and as I still remember from 90th there were some recommendations as for oil mixing: 1. Don't mix oils of different quality level (Obviously, the main reason was to ensure a designed quality level which is not an issue in my case) 2. Don't mix oils of different viscosities (It's quite possible that this may be also related to different types and quantity of VII in different SAE grades) 3. Don't mix synthetic oils (Cause additive package could be different for different base stocks. Well, quite vast warning, but it's very likely there was a base for it. I don't find another reason why Motul warned against mixing its 300V BIO 5W-40 with other 300V grades, though these other 300V grades were miscible according to Motul). Anyway, thanks a lot for your inputs. If I am wrong with point 2, then for the moment I would consider the following blends: SUMMER: 1. Motul 300V 10W-40 (2L) + 300V 15W-60 (2L) + Lexus 0W-20 (0.8L) 2. Motul 300V 5W-40 (4L) + Unocal 76 NASCAR 10W-30 (0.8L) 3. Fina Fist 5W-50 (4L) + Unocal 76 NASCAR 10W-30 (0.8L) 4. Mobil1 15W-50 (1L) + Unocal 76 PURE Synth 5W-40 (1L) + Lexus 0W-20 (1.8L) WINTER: 1. Shell HU AB 5W-30 (4L) + Elf 0W-40 (0.8L) It would be great to have enough oil for 2 winter intervals, but in view of a.m. reasons I have some doubts on further optimization. Hope to hear your comments. Many thanks in advance.
Last edited: May 12, 2018

If you overthink this, you might as well donate all of the oil to someone and let them do with it what they want. No one can answer what happens with different oil mixtures and how their additives interact.Sure, people mix oils all the time with no apparent issues but you have stated you're not a fan of mixing.
You must log in or register to reply here.