A couple of Curb-Find mowers

A few weeks ago, on a Sunday (garbage day) walk around our neighborhood, I came across a Craftsman 22" Self Propelled "Bob Villa Edition" mower. The owner was home and she said it was 'blown up', but I took it home anyhow. I got rid of the old gas and it eventually fired up, but was hard to restart. Took apart the carb but it was very clean and very simple. On reinstallation, I could see there was a torn air cleaner gasket that was preventing the priming bulb pressure to get to where it belonged. Added a dab of RTV for one final use of that gasket. From then on, it started great! The self-propelled function did not work because the plastic gears in the front wheels were stripped -- a common problem. Fortunately wheels (PN 180773) are cheap so I bought two on ebay. Changed the filthy oil with Citgo 5W30 Semi-Syn. Checked over the air filter and plug, tightened everything up, cut the grass and sold it on Craigslist on Saturday. 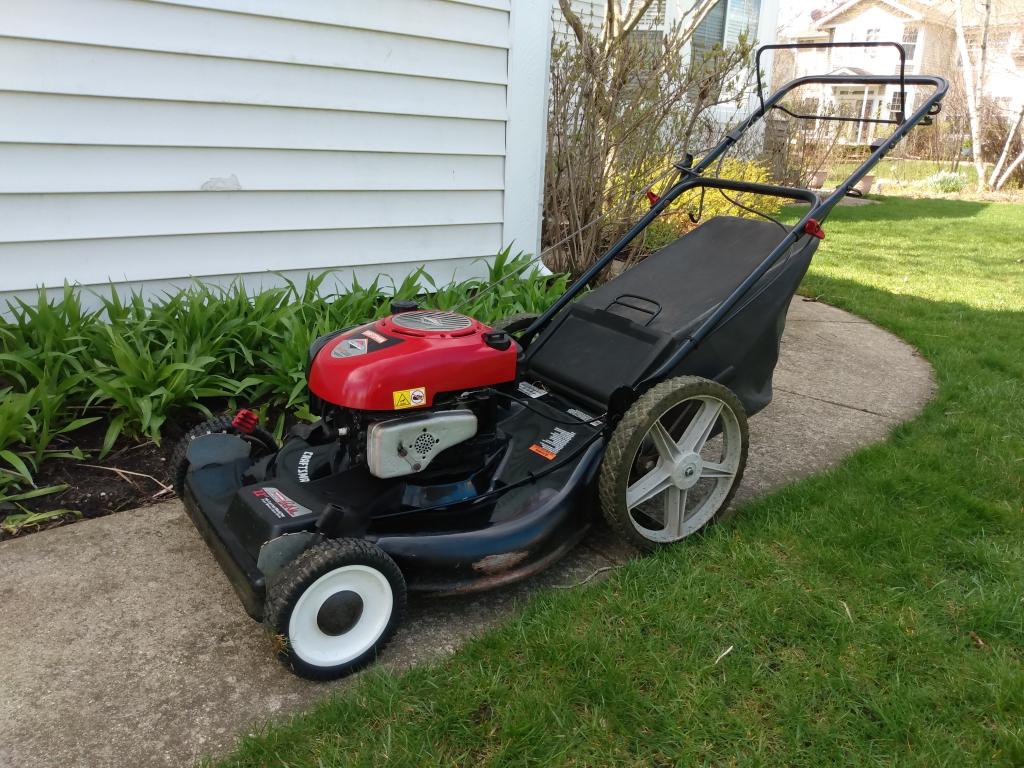 Next day, Sunday, and I stumbled across another mower! This one is was a Toro 22 Personal Pace. Was not gonna leave that sitting there! It was filthy, did not have a bag and the the wheels were all bent up, but it fired right up after adding good gas and the auto-choke worked flawlessly. Self propel did not work so well, one of the wheel gears was stripped. Wheels are expensive on this model, but the gears are replaceable! So I replaced one gear with PN 115-4666 and also adjusted the cable. I had to replace one of the front wheel adjusters with a used part from ebay and had to drill a couple of new holes in the deck for the adjusters. The oil in this was filthy and brown-ish, like water had gotten in it at some point. But the fresh 5W30 looked clean after an hour of running. I did not bother to fix the electric start. Tightened everything up, cut the grass and sold this one on Craiglist. I really liked the Personal Pace, it is so simple and intuitive to use. 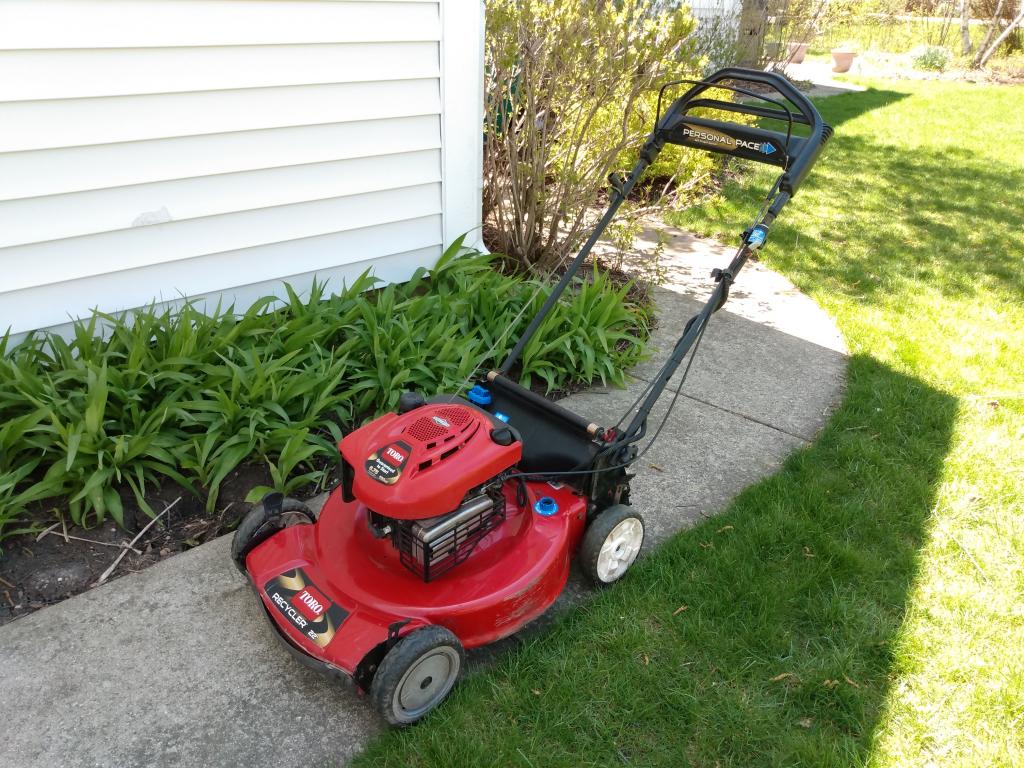 Had my hopes up for the third Sunday, but no mowers on the curb that day.

People just leave them on the curb?
Q

Originally Posted by Chris142
People just leave them on the curb?
Yes. Right next to the garbage carts on trash day.
E

Having to pay someone to fix everything for you would get really expensive. So things don't get fixed and don't work properly, or they get thrown out when all they need is some simple repair. So it's important to learn how to tackle simple repairs. If you have kids, teach them. Even seeing you repair things may be enough to get them started.
1

I remember the first time I used a Personal Pace mower, I was just a kid and the neighbor bought one but paid me a few bucks to do the lawn. Even at that age, I knew how awesome the feature was, and talk about intuitive! Walk faster, mow faster. Easy peasy.

Originally Posted by Chris142
People just leave them on the curb?
Throw away society. This is the best time of the year for curb finds. They run in the fall, fail to start in the spring and out they go for a new mower. I either fix them or replenish my parts supply with the curb finds and then take the carcasses to the scrapper for $$.
Last edited: May 20, 2020

Originally Posted by ecotourist
Having to pay someone to fix everything for you would get really expensive. So things don't get fixed and don't work properly, or they get thrown out when all they need is some simple repair. So it's important to learn how to tackle simple repairs. If you have kids, teach them. Even seeing you repair things may be enough to get them started.
. Excellent points. Despite my dad being a well off attorney when I was growing up, he fixed his own cars and power equipment. My siblings and I would often help him out. It's probably why I'm now a UPS semi mechanic.
C

Originally Posted by qjohn
Originally Posted by Chris142
People just leave them on the curb?
Yes. Right next to the garbage carts on trash day.
Never seen that here. If it's not in the can they do not pick it up. If it is too large for the can you have to call for a special pickup which costs $45.

Nice finds! I used to get lots of mowers fixed up that were curb side throw-a-ways. Now nobody around here puts anything by the curb. They try to get $30-40 for their non-running mowers on craigslist or facebook, then when nobody bites after a few weeks they take them to the transfer station.

I picked up a half dozen chainsaws a few years ago. I was able to clean and get them all running. Nice find on the mowers.
N

No mowers to garbage pick by me. My neighbor and I are the only ones left who cut our own lawn in my neighborhood.
Z

Nice. I picked these up about 3 weeks back. Turned 5 into 4 working mowers. Had to scavenge some parts of my parts SR4. Flipped them all over 3 days. 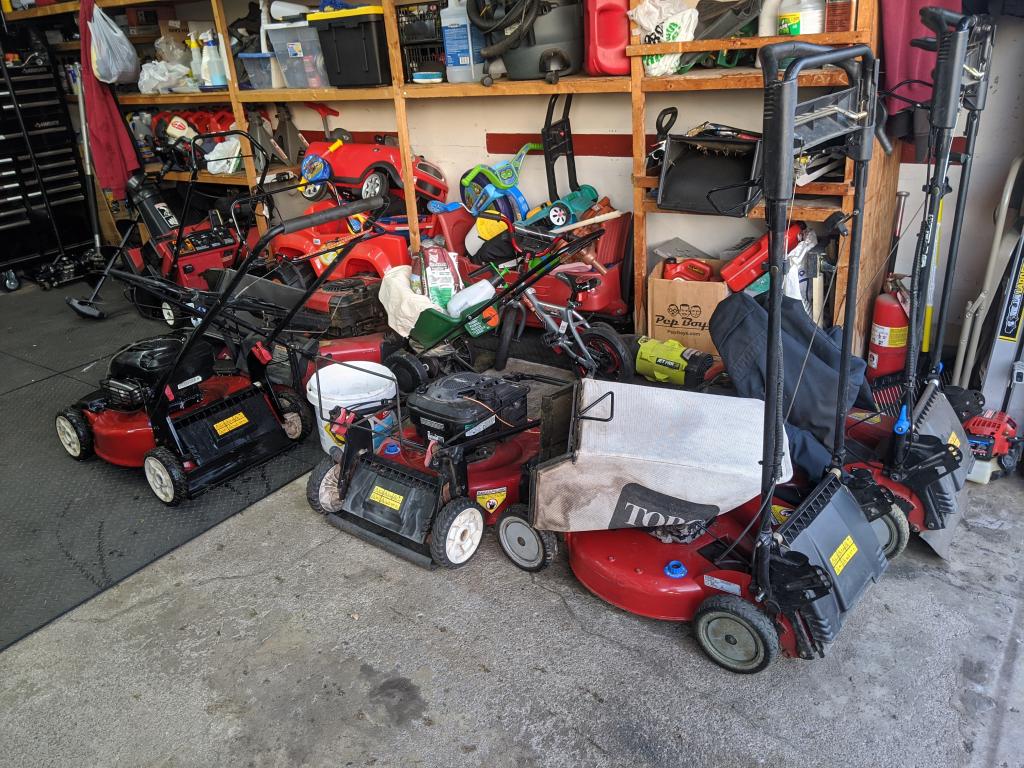 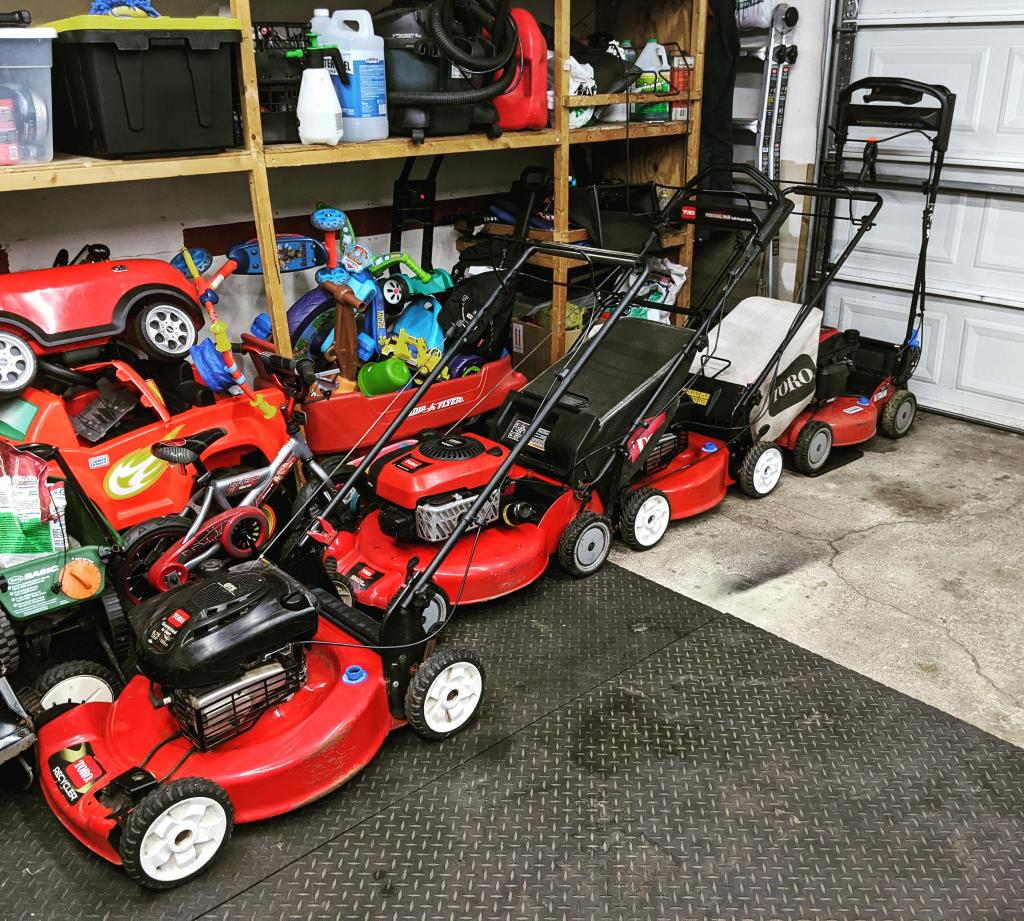 and darn lucky too.

I can never find any curb find OPE of any type. Even my 88 year old neighbor that I constantly help with things refuses to sell or give me his old wheeled trimmer that has sat for over ten years, but is in good shape.
You must log in or register to reply here.