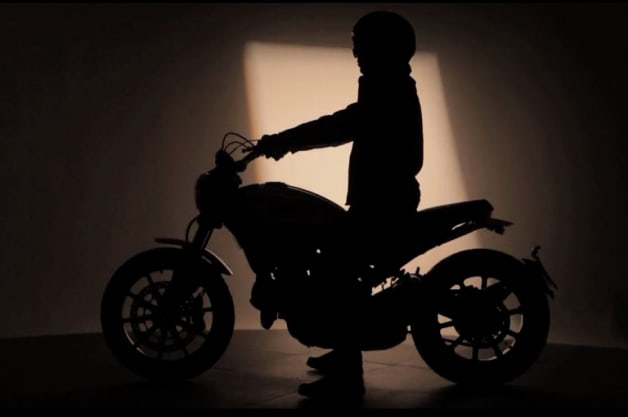 IIRC didn't HD sell a 2 stroke motorcycle built by a foreign mfg "the name escapes me" called the scrambler? Knowing how territorial HD is they're might be an impending lawsuit on the horizon.

Originally Posted By: gman2304
IIRC didn't HD sell a 2 stroke motorcycle built by a foreign mfg "the name escapes me" called the scrambler? Knowing how territorial HD is they're might be an impending lawsuit on the horizon.
LOL, FWIW Triumph currently sells a Scrambler so whatever legal wrangling surrounds the name has probably been worked out by now. I think Ducati was the first to use the name anyway. 2015 Ducati Scrambler is rumored to be an air/oil cooled L twin. Was supposedly shown at WDW 2014 but no pictures of the actual bike have surfaced that I'm aware of. There are some videos on YouTube of prototypes... Might be interesting, there was once a rumor that the Scrambler was going to be the 4th in the "Sport Classic" line, perhaps this is the rebirth of that line. Hope the tank issues are fixed...
T

Looks like it's a bit large for a scramble race.

Originally Posted By: tom slick
Looks like it's a bit large for a scramble race.
True, and no mid pipes either it would seem? Small tank Monster? Could be good, could be bad...
R

As previously mentioned Triumph has made their Scrambler, a Bonneville with the 270 degree 865cc engine from their America/Speedmaster in it without any sort of legal issues. Harley did many years ago sell Aermacchi bikes they re branded as Harleys in the 60's and 70's, mostly during the AMF era. I think Triumph has captured the Scrambler spirit wonderfully in its styling and they are quite capable of going offroad if need be. They are by no means light and nimble like some dirt bikes, but they do the job.
F

If the base model is reasonably priced, they will probably sell really well. I'm thinking about a KTM 690 Enduro R myself.

The Triumphs are heavier yet and there are multiple youtube videos of people going off road with them and scrambling.
S

Originally Posted By: Kiwi_ME
186 kg (410 lb) Not gonna do much scrambling with that...
sure you can. better never tip over though!!!! how would you pick it up?

It's not meant for motocross. Giant heavy adventure bikes do just fine on diet roads. That's what this bike is meant for. I want it!

It looks great! Heavy but thats how it goes now.