https://en.m.wikipedia.org/wiki/1951_Atlantic_C-124_disappearance I was doing some reading on MH370 when I came across a mention of this story as related material. It's very shocking and sad that these folks managed to survive an onboard fire, ditching, and even had the good Fortune of being located and observed after boarding lifeboats with ample survival gear and radios, only to completely disappear anyway. Think this is as much a maritime mystery as it is a flight mystery. What possible tragedy could happen in mere hours that could completely wipe away all of those people, lifeboats, life jackets, and all? Even a rogue wave would have left the equipment scattered, but not sunk. The whole thing just seems really unfair (as things are sometimes). Surviving everything they had should have meant they got to go home, but the Atlantic Ocean disagreed. In 1951, I can't imagine any valid human threat that would have been patrolling the ocean. The Axis was finished. Russia was out there, but I have a hard time imagining them being motivated enough to ghost a stranded American crew. Not going to get into wackadoo conspiracy theories. Bless them, wherever they went.
M

Not starting theories or anything, but interesting it started out from Roswell, NM....and in 1951....hmmmmmmmmmmmmmmm

So called "Roswell Incident" occurred in summer of 1947. Nothing but a downed high altitude balloon array carrying radar targets that came down southeast of Corona,New Mexico. This is the genesis of all the UFO nonsense promoted with individuals out to make a buck. A "Modern American Myth." Nothing more.

When I was in the USAF I loved the old "Shakey" or C-124... it was lovingly known as a million rivets flying in loose formation powered by 4 Pratt and Whitney oil leaks... 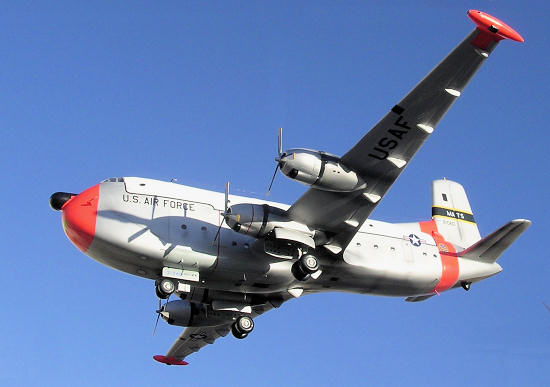 Interestingly, this snippet isn't in the Wiki article on the incident but is in the summary section on the C-124:
Quote
There is circumstantial evidence that the airmen may have been "snatched" by the Soviet Union for their intelligence value, but their fate remains a mystery.[6][7]
C

Gotta figure either Russian sub, or problem with inflatable raft(s). With the cold water temps that time of year, they wouldn't have lasted long in the water. Russians surely heard the distress call on the radio.
N

After poking around the web, here is a highly speculative but somewhat plausible possibility. From https://greateststorieseverflown.wordpress.com/2017/06/04/the-atlantic-c-124-disappearance/
Quote
So what happened? The consensus theory seems to be that the crew was picked up in the night by a Soviet Navy patrol, who were known to operate in the area. Given the importance of the crew to the USAF's Strategic Nuclear Bomber force in Europe, and with a very high ranking officer amongst the crew who also happened to command said Strategic Nuclear Bomber force, a Soviet capture of this crew would be a huge intelligence victory against America. To this day, there is no concrete evidence of this being the case, but it makes the most sense given the details of the crash and the known patrol patterns of the Soviet navy, particularly the Soviet submarine fleet. The fact remains that the United States lost 53 of the most highly trained, technically proficient airmen with nuclear weapons clearances. Whether they wound up as prisoners in Soviet Russia is yet to be determined. The disappearance of this C-124 in the Atlantic Ocean off the coast of Ireland in March 1951 still raises many questions to the fate of the aircrew. Only recently, after more than 60 years, have some of the families of those lost on this flight been able to secure proper military honors and burials for their lost family members. The fate of this aircrew remains a mystery.
Is it possible? Perhaps at the height of the Cold War. But likely - IDK. It would have had to have been an almost perfect snatch operation with Soviet trawlers and subs right on top of them. And a lot has been gathered from Russian archives until Putin put the kibosh on that, I would think this is one the the first things checked and I think at least some Russian vets would have talked by now...
Last edited: Apr 11, 2019
D

Seems unlikely to me too. They had no way of knowing how fast a NATO aircraft would or would not show up. If caught red handed, there would be [censored] to pay. On the other hand, there isn't much of a likely explanation otherwise. I doubt if there is another record of so many people being lost after being located. 19 hours is not a short period of time, but certainly not an eternity. Even if shredded to bits, the life boat remains should have kept toward the surface. The whole thing does completely reek of a cleanup job. I guess I don't want to believe that these poor people ended up in a Soviet trench after being squeezed for info. But the way that the Soviets were SO convinced that we captured live crewmen from the K-129 and kept them secret captives (inquiries persist to this day) makes me think "guilty conscience".
E